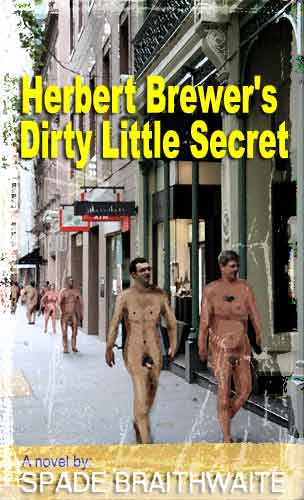 Herbert Brewer’s Dirty Little Secret is the first in a series of savagely funny, social-adventure novels calculated to appeal to the readership that has made Douglas Adams, John Kennedy Toole, Terry Pratchett and Tim Dorsey so successful.

When the fictional nation of Amsarnie becomes reluctantly involved in the politics of a foreign war, Prime Minister Dereck Cartright is appalled to discover that his country’s armed forces only really exist as an expenditure statistic.

Under extreme pressure, Dereck conceives a plan to create an army by drafting young men from areas of low, electoral participation.

Encouraged by the leading citizens, Jenny engineers bizarre scheme to confuse the draft that transports the whole country to the very brink of civil war.

Herbert Brewer’s Dirty Little Secret introduces the wonderful, imaginary country of Amsarnie.  From the outset, the story chases the reader from pub to Parliament, penthouse to police cell and back to the pub.  The  conflicts unfold in all the colors of modern life, experienced through a diverse assortment of sympathetic characters at every level of humor. 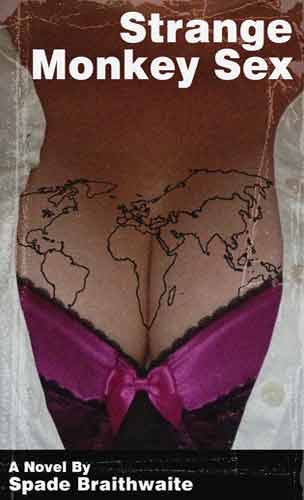 In Strange Monkey Sex, the second Amsarnie installment the United Nations have offered Amsarnie’s Prime Minister, Dereck Cartright, a sinecure-post in Bangkok that’s just too good to pass.  So Dereck decides to retire from elected politics.

Dereck has a comfortable relationship with Amsarnie’s Army, who organise most of the nation’s crime, and who want their own man to succeed him into office.  The problem is that the Opposition Party are in such disarray, if Dereck announces his resignation, one of his Cabinet will take over and win any election.

So Dereck can’t resign.  He has to lead the Government to ignominious defeat to enable the Army’s candidate, Janey Clickert, to take power as leader of the Opposition Party.

The Army take over and reinvent the Opposition.

Dereck calls a press conference and admits to beating his wife, smoking crack-reefers and being on a bowling team.  The media carve him up.  A few voices point out that bowling isn’t illegal, Dereck was never married and also beg the question, is it even possible to roll crack-cocaine in a reefer?

The public, jaded after so many years of spin are suddenly excited about the issues.  Dereck, unexpectedly, gets the highest ratings in history.

Dereck’s Cabinet distance themselves and make wild claims of their own, with everybody over-playing their own sordid past.  Private detectives are hired to disprove competing claims of depravity.  College roommates are contacted and offered money to exaggerate old stories. 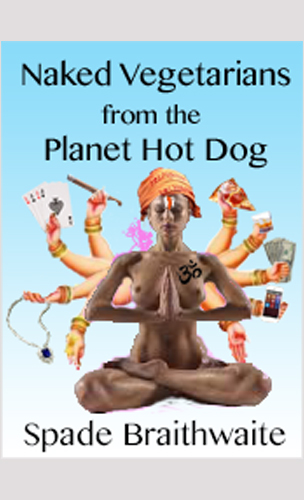 In his Summer ashram, in central India, after twenty one years of silence the great guru Wooli Baba uses his first utterance to inform his disciples that they are going on a mission to spread the wisdom beyond their own country.  Very soon, he informs them, they will all be setting sail for Amsarnie.  Jai Ganga, the guru’s most faithful servant is horrified, believing Amsarnie to be somewhere in Wales.  He is only slightly relieved to find that Amsarnie is, in fact, a mythical country, the location for a series of hilarious novels.

The Guru and his entourage tour Amsarnie, fêted by unprecedented crowds of adoring fans at the biggest venues wherever they go.

After the tour has returned to India, Corporal Endicote of Amsarnie’s army devises a cunning plan to perpetrate an ingenious land swindle by creating their own cult, oriental religion, occupying some forgotten real estate on the West coast.  But the new religion captures the national imagination beyond anyone’s expectations.

Very soon the army are forced to requisition every available holiday camp to create extra ashram space.  The public are excited on every side of the issue.  The established religions resort to dirty tricks to recover their errant faithful.  Satanists arrive from America, sensing the coming apocalypse.

Recently recruited, twenty one year old Mathew DeSouza, of Indian ancestry, takes on his new role as Guru, the, “Infinitely Enlightened Babudev”, in what must be the strangest military deployment ever assigned to a professional soldier.

Please contact the author for a full synopsis, sample chapters and information about future Amsarnie adventures.